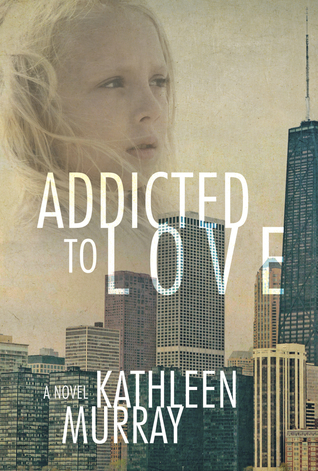 Kathleen Murray delivers a compelling, realistic portrait of the confusion and pain generated by an imbedded family system of dysfunction thriving during an American period of upheaval, the 1970s. Filled with rich characters and memorable references to a bygone era, the story is presented from the perspective of the central character Sally Smithfield, who lives in perceived safety of Chicago’s North Shore.
Fighting to survive the after-effects of childhood trauma, Sally Smithfield attempts to escape her closed-off world in the arms of her high school’s football star with disastrous results. The reader first meets the protagonist as a young child struggling to reconcile her Catholic grade school’s teachings of God’s love and forgiveness to the daily turbulence of her home. Sally’s unplanned pregnancy shatters her world even as it divides those she loves; eventually changing all their lives forever. The birth of the baby ignites a cascade of events which culminates in the violent death of her boyfriend. Following the conviction of her father for the murder, Sally and her mother flee across the county to build a new life. But their refuge is shattered by the mother’s collapse and the revelation of a final family secret. Sally realizes that she can never truly escape her past. This engaging story of courage and determination follows Sally’s travels from the familiar Chicago northern suburbs across the US to St. Louis, MO and later to Scottsdale, AZ. Thoughtfully written and emotionally complex, Addicted to Love is an intensely moving account concerning family secrets, love, and loss. It appeals to readers who seek a gripping story of forgiveness and redemption

Recived this book for review from netgally and the publisher this has in now way affected my opinion.

Addicted to Love tells the story of Sally Smithfield who grows up in a dysfunctional household in the late 1960’s and 1970’s dominated by a mother who beats her regularly. As if this wasn’t bad enough a family friend  molests her for a short while, her bothers and sisters see her as a nuiscane and even one of her teachers holds her responsible for something her older brother did years before.

This book follows her life from childhood through to teenage years . I do give props to the author for giving us a vivid picture of the setting, the pop culture, the politics, the technology and the misogynistic attitudes that were prevalant back then.

There were characters throughout the story who did show Sally kidness but they are removed from the story in one way or another. I spent most of the story waiting for something to happen- for Sally to take ownership of her life to confront those who wronged her, to find some peace.I had to wait until almost the last page before i got it and it paled in comparison to the tragedy this poor girl suffered through.

There were times when the perspective changed. . 95% of the story was told from Sally’s perspective, but there were brief jump-cuts to other characters that felt forced. My biggest problem, however, was that there was so much information disseminated that really added nothing to the story.